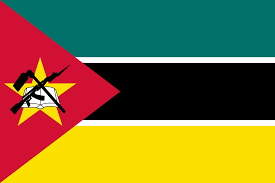 Maputo — Mozambique’s Minister of Education, Carmelita Namashalua, guaranteed on Tuesday that the government will ensure that schoolchildren in districts of the northern province of Cabo Delgado, affected by an Islamist insurgency, will be able to continue their studies.

Speaking in the Cabo Delgado provincial capital, Pemba, at a rally chaired by President Filipe Nyusi, Namashalua said that children affected by the insurgency and by the emergency situation caused by torrential rains in parts of the province will be transferred to schools elsewhere in the province that offer better security conditions.

“We want to assure the people of Cabo Delgado that our children who are today suffering from the actions of criminals will not go without studying, because they will be accommodated in schools that are safer”, she promised.

The terrorist raids affect 97 schools in Cabo Delgado, she said, in which 30,966 children had been studying, taught by about 700 teachers.

As for the damage done by the current rainy season, Namashalua said that across the country 465 classrooms had been destroyed, and 543 had been damaged by the rains.

She promised that by April the government would have rebuilt and equipped schools in Pemba, and in the districts of Namuno, Balama, Chiure, Metuge, and Ancuabe, “because we think these areas have more security and can accommodate our children”.

Namashalua said the 2020 school year in Mozambique, which began last week, is counting on 13,731 schools, the vast majority of which (13,116) are primary schools. This, she said, showed the government’s commitment to inclusive schooling.

Teacher Dismissed for Having Sex with a Former Pupil.